Königstein im Taunus, a climatic spa resort right in the middle of the vast, idyllic slopes of the Taunus forest. Thanks to its advantageous location for both scenery and transport on the edge of the Frankfurt Rhine Main Region, Königstein is a favourite residential town, neighbouring Kronberg im Taunus, Glashütten, Schwalbach am Taunus, Bad Soden am Taunus and Kelkheim.

Hidden in legend, 'Königstein', meaning 'King stone', founding date is unknown. After a legend Merovingian King Chlodwig (466-511), who had a castle built on a mountain and a chapel in a neighbouring dale, founded the town in thanks for a prophecy that came his way there from a maiden who promised him victory over the Alemanni – which did indeed come true.

Königstein had its first documentary mention in 1215, making it likelier that the castle was built around the 12th century for the town's – and the Frankfurt-Cologne commercial road's – security.

By 1581, Königstein belonged to the Electorate of Mainz, which had incorporated the old County by force. Early in the 17th century, in connection with the Counterreformation, the castle was remodelled into a mighty fortress, but this newer military stronghold met its end in the French Revolutionary Wars when the French blew it up in 1796, although this may have been unintentional. (Local legend has it that that gunpowder was hid in the castle's well, and a spark from a careless French soldier's pipe started the explosion).

In 1803, Königstein passed to the Principality of Nassau-Usingen, which itself later merged with Nassau-Weilburg to form the Duchy of Nassau. By 1866 it was in Prussian hands, and since 1945, it has been part of Hesse. The three constituent communities mentioned herein were amalgamated with Königstein as part of Hesse's municipal reforms in 1972.

Königstein enjoyed an economic upswing from less wealthy times when the coldwater spa first opened in 1851. It reached its high point just before the First World War broke out. The designation Heilklimatischer Kurort was granted in 1935, and is still borne by the town, and now also independently by the constituent community of Falkenstein 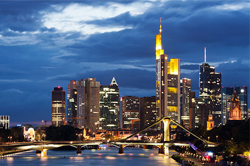 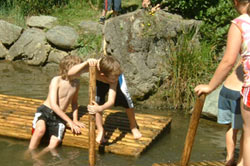